The Canada Goose represents this Canadian conference as well as Manitoba, since this province is directly on the migratory path. In addition the goose may represent the travel of everyone as they journey to Winnipeg. This particular artwork of the goose has an astronomical connection as it is based off a commissioned work by Manitoba First Nations artist, E. Bighetty, and represents the First Nations concept of the constellation of Cygnus, which is called Niska (the stars of which are shown). In the First Nations tradition, the goose can be seen flying down the Milky Way as it heads south for the winter.

The two rivers, the Red and Assiniboine, in the background show the Forks, which has been a traditional meeting place for more than 6000 years.

Original artwork of Niska, by E. Bighetty. Used with permission. 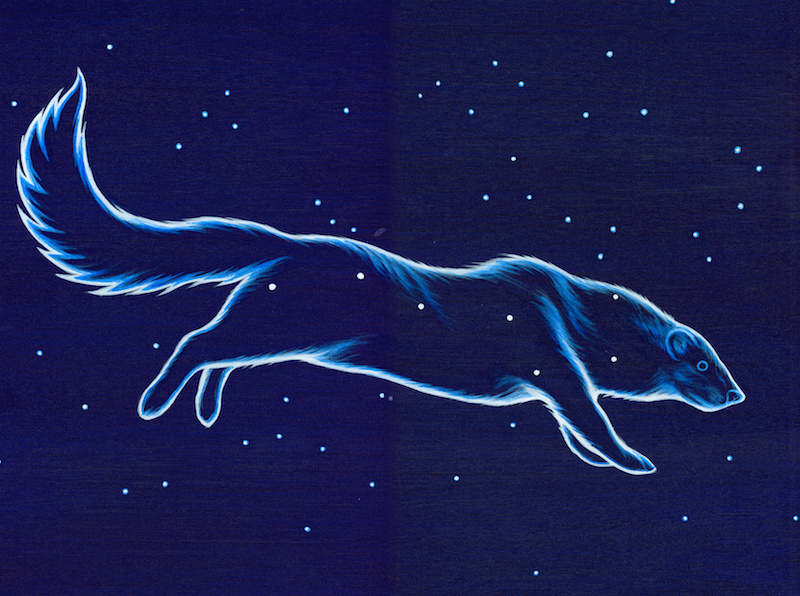 Thank you to our sponsors!

Copyright © 2022 | WordPress Theme by MH Themes | About our logo